ONLINE ORDERS
WHERE TO FIND
Mixtape Drinks is dedicated to the pursuit of F.U.N. – FRESH, UNIQUE, and NEVER-BORING products. In the spirit of all great artisans we bring creativity to everything we do, and never settle for mediocrity. We are dedicated to the highest quality, the utmost customer service, and the undying pursuit of originality.

Hailing from Santa Rosa, CA (microbrew capital of the USA) Chad began his drinks journey by falling in love with bold wines, beautiful whiskeys, and despising the fizzy yellow beverage called beer. It wasn’t until he began drinking pitchers of Blind Pig at the esteemed Russian River Brewery that he found his true calling and a life dedicated to craft beer was born.

Leaving behind a 15 year career in IT as a Network Engineer, Chad pursued his passion of brewing while relocating to the island of Phuket in southern Thailand. Recognizing the lack of craft beer available, Chad established the first cold-chain distribution company to distribute craft beer throughout the region. His passionate drive to beervangelize the south led to a merger with the premier importer Beervana International where he led Regional Development for 3 years, which accounted for all growth and drove the startup into profitability.

After moving to Bangkok in 2018 he was promoted to head of Business Development and oversaw the establishment of Beervana Vietnam which launched under budget and ahead of schedule in 2019. Recognizing the need for greater leadership in Vietnam, Chad officially stepped into the role of CEO and continues to manage the operations at this time.

Once in Vietnam the opportunity to commercially brew his own beers became a reality, and despite the challenges of a global pandemic he officially launched MixTape Drinks in August 2020. Coupling his love of music, art, and drinks led to the creation of his first beer, Peaches & Cream, a bold juicy IPA that showcased the culmination of his many years brewing, drinking, selling and representing some of the best beers in the world. 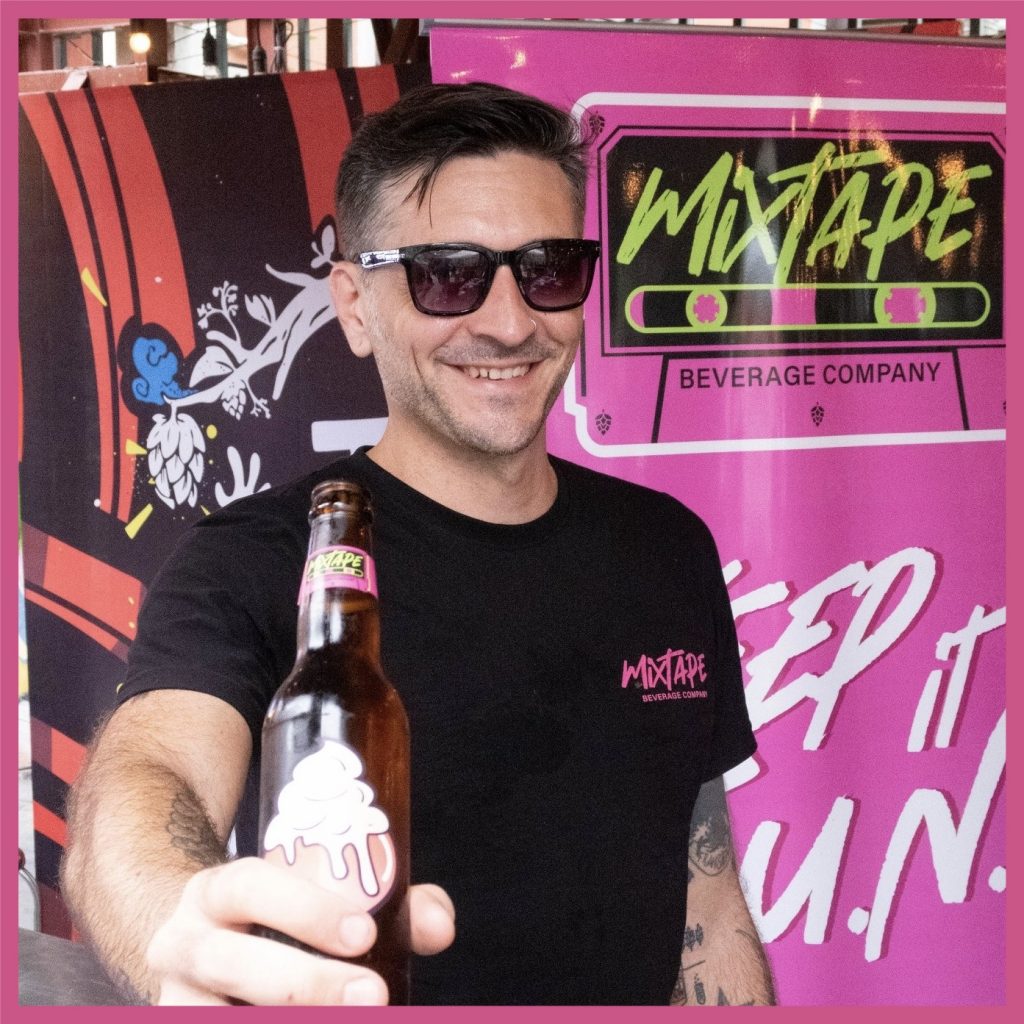 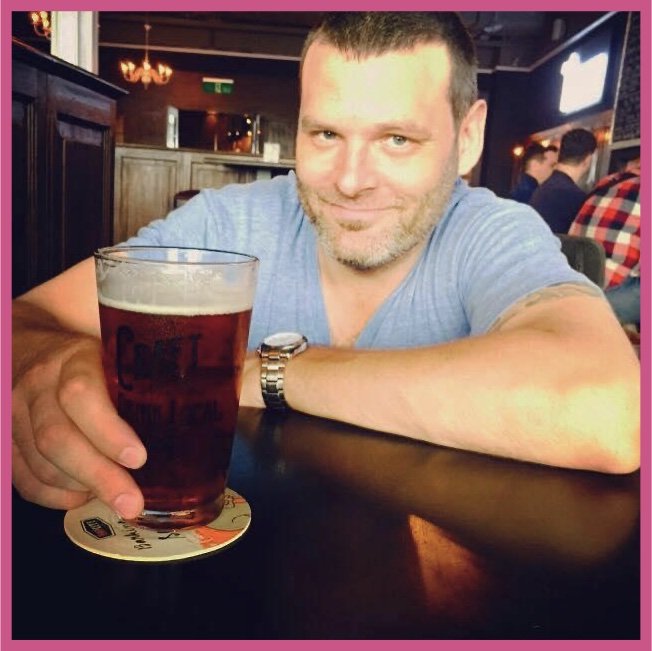 Over 20 years experience in Taiwan with taproom development, brand building, craft beer distribution and large event planning and organization. Growing up in Vancouver, his first bar job was at one of Vancouver’s first brew pubs back in 1996 on Granville Island. From there his F&B experience took him on a journey through some of Vancouver’s hottest brands, starting with Earl’s and Cactus Club, as part of their quality control team, training and opening new taprooms for almost 5 years. He then moved on to the Fairmont hotel group where he was also involved with team training and opening SOP for their flagship hotel at YVR, Vancouver Airport.

Leaving Vancouver, and touching down in over 50 countries worldwide, he kickstarted the next chapter of his life… music and event planning. Finally landed in Taiwan in 1999, and shortly after began DJing at bars and clubs in Central Taiwan, expanding across the country, eventually setting up his own music festivals. Shawn opened his first craft beer/music bar the Dive in 2003, with a small fridge dedicated to California craft beer. Focusing on events, music and craft beer, he ventured into a series of start-ups, starting with Spiked Beverages, Bierwest (which later became East Drinks West), 886 Beer Co., Beer & Cheese Social House, BRKLYN, and finally Belly 北裡 Comfort food. With his experience of funding and hosting large music based events in Taiwan back in the early 2000s, he brought over some of the hottest DJs from the UK and USA, and it just made sense that the next step was a new series of craft beer related events and festivals, starting with Drink Eat Taipei, Exposure Arts & Drafts, and CraftConAsia. The entire time trying to keep the aspects of craft beer, music, art, and street food as a major focus in his events.

There was a short hiatus between the Dive closing in 2009, and the kick start of his craft beer career, where he went back to Vancouver, randomly discovered the Cicerone level 1 course, fell in love with the idea of craft beer as a lifestyle business, ended up at UC Davis for the intensive brewing science for brewing course, followed by the Siebel Chicago concise course in brewing, which in the end solidified his love for craft beer. Returning back to Taiwan, and started 886 Brew Co, while at the same time importing a few brands from the US. Importing brands like Evil Twin, Oskar Blues and Green Flash, opened up the possibility for collaborations with Evil Twin, Heart of Darkness, Redpoint brewing, Moonzen brewing, Taiwan Head Brewers, Hong Kong Beer Co, and most recently with Gorilla Brewing from Korea. The ride has been a rollercoaster of experiences, as one of the pioneers of the Taiwan craft beer scene, which has brought him to Vietnam for the next chapter… MixTape Beverages!

Partner/Director of Brewing and Distillation Operations

Born and raised in the famous musical town of Asbury Park, New Jersey, James spent his 20s touring the US and Canada in various bands. When not on tour James would work in the kitchen of New Jersey’s first brewpub since prohibition The Ship Inn. After his last band ended at the age of 29 James started helping in the brewery, quickly becoming the head brewer for the authentic open top fermentation and all cask beer British pub. Within 6 months James got the opportunity to meet Charlie Papazian(founder of the American Brewers Association and GABF) and brew a batch of best bitter together.

After working for 3 years with the company James decided to make this his full time career and went on to local regional brewery Riverhorse Brewing. With a core team of 4 they built the company from 2500bbl a year to 30000bbl in 4 years time. During this time James distilled spirits and followed the change of licensing for distilled spirits in his state of New Jersey. Leaving Riverhorse after 5 years James went on to work for famed Brooklyn distillery Widow Jane and develop his own distillery in his hometown. After a breakdown in business James took an opportunity to head the production of Hong Kong’s famed Moonzen Brewery leaving New Jersey.

One of the first projects James worked on was to work closely with Professor Lui Li when Stanford University discovered 5000 year old beer making tools in north eastern China. Using the DNA research and capturing wild yeast samples, James recreated the beer and propagated the yeast sample that is now available for commercial use through White Labs.

During this time James returned to music and formed the metallic hardcore band Dagger, quickly getting signed to Singapore record label Dangerous Goods. With two vinyl releases the band toured all of SE Asia and China multiple times all while running day to day operations at Moonzen.

After two years and 60% growth of Moonzen each year James stepped away from the band to concentrate on the brewery. In Dec 2020 James left Moonzen to start Waters Beverage Solutions, an all purpose consulting firm that covers all aspects of the brewing and distilling world.

James is also a prolific writer writing about food, beer and spirits for FoodieHK and is a weekly contributor to the Asia Brewers Network writing insight and educational articles. James is also in the process of writing a reference/history book on Brewing Beers with Teas. 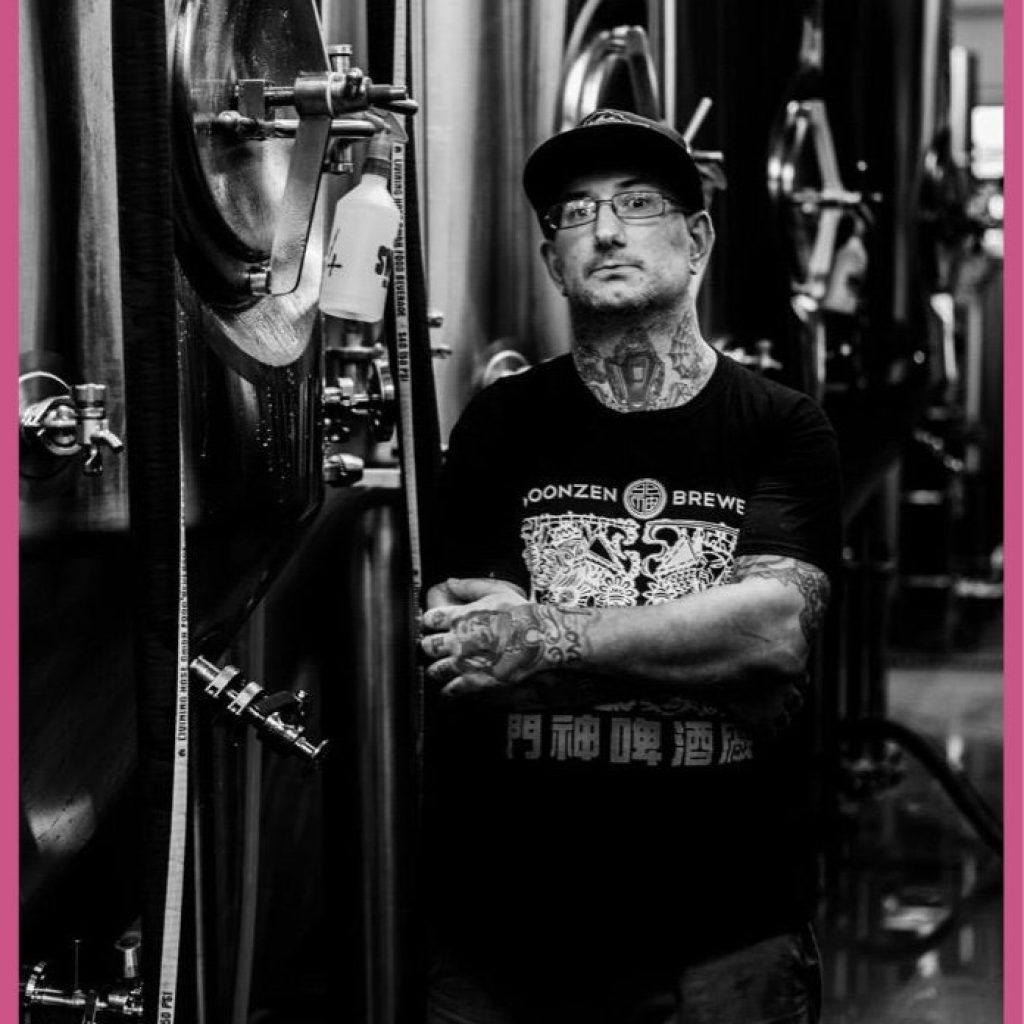 Our residency has come to a close! Tomorrow we wan

🍑GOOD BEER WITH GOOD FRIENDS ⭐️ If you go a

Celebrate the wonder and the joy of the festive se

Molly Friday! 😋 Molly is perfect for this seaso